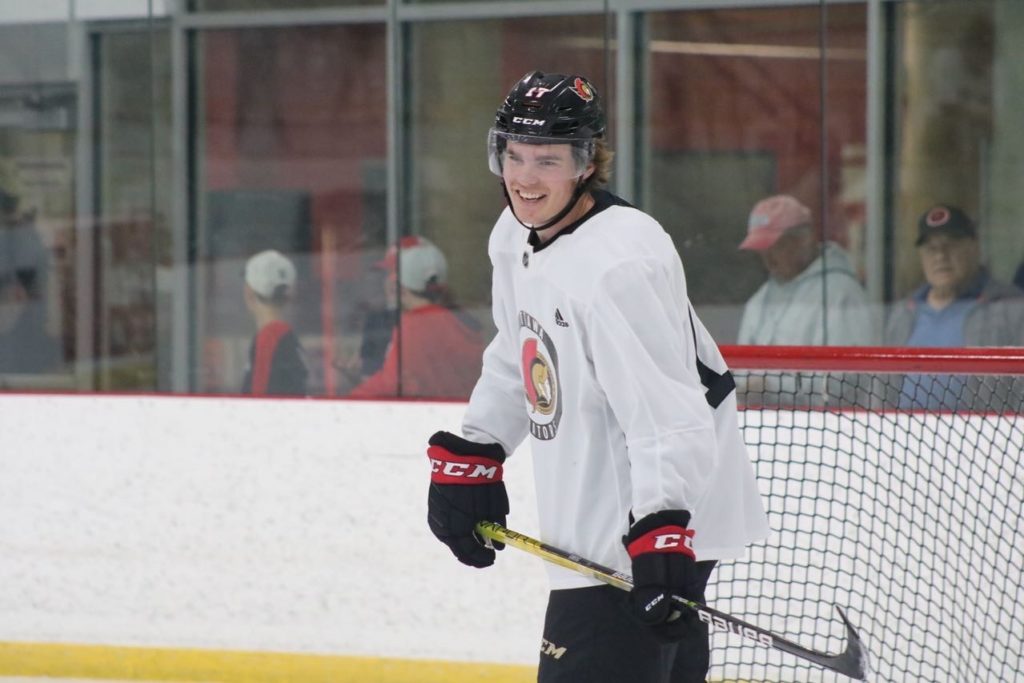 The Ottawa Senators are back in action, and with them are some of your favourite Belleville Sens.

The organization is participating in the 2022 Prospects Challenge in Buffalo from September 15 to 19 at LECOM Harborcenter, with the Senators rookies playing a total of three games throughout the tournament. The Sens start the event on Friday, September 16, 2022 (3:30 p.m. vs Boston), then continue with games on Sunday, September 18, 2022 (noon vs Montreal), and Monday, September 19, 2022 (1:30 p.m. vs Buffalo).

In total, the club has invited 26 players, comprising of three goaltenders, eight defencemen and 15 forwards. A full breakdown of the Rookie Camp roster is below, including players who are expected to either dress for Ottawa or Belleville, those that are anticipated to head back to their respective junior clubs and unsigned invites to camp:

Xavier Bernard (LD): A key depth piece last season, the native of Mercier, Quebec, skated in 21 games for Belleville during his rookie campaign. He also spent time in the ECHL with the Atlanta Gladiators, collecting 11 points in 25 games.

Maxence Guenette (RD): The 21-year-old turned in a successful AHL rookie campaign and led all Belleville rookie defenders in scoring (six goals, 13 assists) while tying for eighth in goals among all first-year rearguards in the AHL. 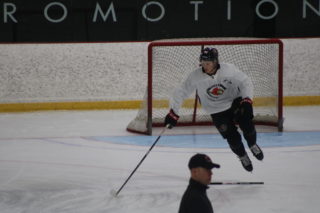 Philippe Daoust (C): The skilled forward began last season in the AHL and recorded five assists in 15 games before he was loaned to Saint John (QMJHL) last January. He registered  47 points (24 goals, 23 assists) with the SeaDogs despite skating in just 38 regular-season games as he helped the club to a Memorial Cup title.

Ridly Greig (C): Selected 28th overall by the Ottawa Senators in the 2020 NHL Entry draft. The Lethbridge, Alberta native finished third among WHL skaters in points-per-game (1.62) as part of a career-high 63-point season with the Brandon Wheat Kings, where he served as team captain. A member of Team Canada’s 2022 WJC gold medalist squad.

Roby Jarventie (LW): One of the youngest players on paper in the AHL last season, the 20-year-old held more than his own, leading all Belleville rookies in goals (11), assists (22), power-play goals (three) and shots-on-goal (126) and games played (70).

Viktor Lodin (C): The Leksand, Sweden native made an immediate impact and quickly became a critical offensive contributor down the stretch drive. He scored eight points in his first 10 games in North America to help Belleville qualify for the Calder Cup Playoffs. 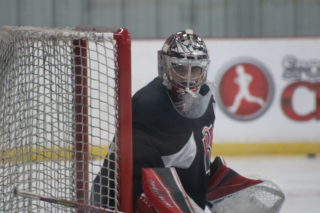 Kevin Mandolese (G): The native of Montreal, Quebec, followed up his first season in the AHL with a successful sophomore campaign in the Friendly City. The 21-year-old posted a winning record of 9-5-0-0 with a 3.12 GAA and 0.901 SV% in 17 AHL appearances.

Shane Pinto (C): The Senators’ second-round selection in 2021 suffered a right labral subluxation injury on November 13, which caused him to miss the remainder of the season.

Jake Sanderson (LD): The fifth overall selection in the 2020 NHL Entry draft, the native of Whitefish, Montana, served as an alternate captain during his sophomore season with the University of North Dakota, where he led all defencemen in scoring with eight goals and 18 assists last season.

Mads Sogaard (G): The native of Aalborg, Denmark, had an impressive rookie campaign that saw him make 35 appearances, posting a 2.86 GAA with a .908 save percentage and a 19-14-1 record. The 21-year-old has played in two career NHL games with the Ottawa Senators, winning his NHL debut on April 1, 2022, vs the Detroit Red Wings.

Tyler Boucher (RW, Ottawa, OHL): The 10th overall selection in the 2021 NHL Entry Draft began his season with the Boston University Terriers before joining the Ottawa 67s, where he posted 14 points in 24 games.

Jorian Donovan (LD, Hamilton, OHL): The smooth-skating rearguard skated in 64 games with the Hamilton Bulldogs, collecting 22 points while helping his club claim a J. Ross Robertson Cup title. His strong play and championship pedigree made him a fifth-round selection in the 2022 NHL Entry Draft. Jorian is the son of Ottawa Senators player development coach Shean Donovan.

Zack Ostapchuk (C, Vancouver, WHL): A second-round selection by the Senators in 2021. Ostapchuk captained the Giants in his fourth season with the club and paced the club in goals (26). He finished tied for third in WHL playoff scoring (seven goals, 16 assists) despite appearing in just 12 postseason contests. 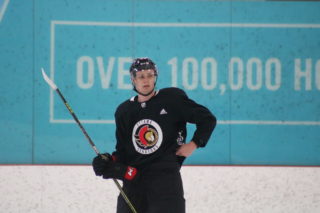 Ben Roger (RD, Kingston, OHL): Selected in the second round of the 2021 NHL Draft. The Brighton, Ontario native skated in 55 appearances last season, with the London Knights and Kingston Frontenacs tallying one goal and 12 assists.

Chandler Romeo (LD, Sarnia, OHL): The physically opposing 6-foot-5 defenceman made 67 appearances last season, split between the Hamilton Bulldogs and Sarnia Sting, in which he registered two goals and 16 assists.

Tomas Hamara (LD, Kitchener, OHL): The skilled defender signed a Standard Player Agreement with the Kitchener Rangers for the 2022-23 season. Last season he appeared for both Tappara U20 and the Tappara senior team in Liiga. Internationally, he represented Czechia at the 2022 IIHF U18 World Championship and World Juniors.

Zachary Massicotte (LD, Shawinigan, QMJHL): The over-ager defender served as an alternate captain for the Shawinigan Cataractes last season and help his club to a President’s Cup as QMJHL champions while playing in his fifth season of major junior.

Zakary Lavoie (RW, Mississauga, OHL): The Orleans, Ontario native led all Steelheads rookies with 23 goals and ranked third on the club in scoring, pacing all OHL rookies in shots on goal with 210.