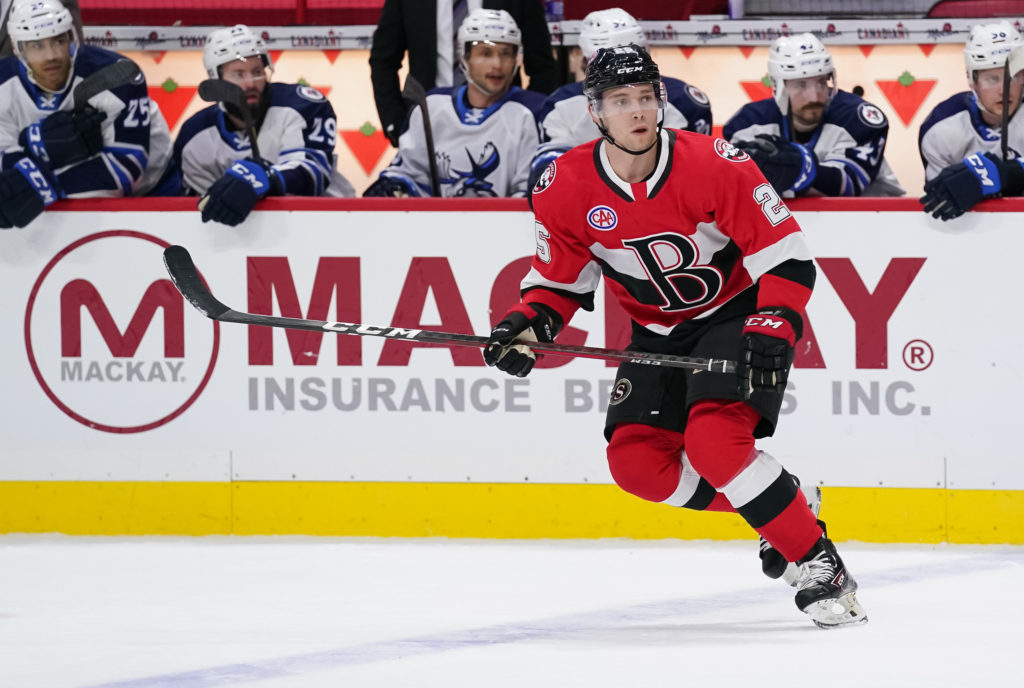 26-year-old Williams is heading into his sixth AHL season and returns to Belleville after notching 10 points (three goals, seven assists) in 27 games with the Senators last season. The native of Regina, Saskatchewan spent his previous four pro seasons with the Hershey Bears, after being selected in the sixth round (173rd overall) in the 2015 NHL Entry Draft. Williams is a steady defenceman who played under current Belleville Head Coach Tory Mann during his time in Hershey as well. He played his junior hockey with the Western Hockey League’s Regina Pats, where he was captain during the 2015/16 season.

Senators Head Coach Troy Mann says after a rebound season last year, it was a priority for him to bring Williams back for the upcoming season.

“When you look at the roster from the 2021 season, he’s arguably our most detailed defenceman and a versatile guy who who can contribute on the penalty kill, or power play, if needed. He has great trust with Assistant Coach Dave Bell (who coaches the defence) and will help in bringing some of our younger defencemen along.”

Leslie is a 27-year-old puck-moving defenceman from Ottawa, with six AHL seasons under his belt, including stints with the Ontario Reign, Chicago Wolves and Stockton Heat, where he played the last two seasons. Leslie had 10 points (three goals, seven assists) in 30 games with the Heat in 2020/21. A sixth round pick in the 2013 NHL Entry Draft, Leslie spent four seasons with the Ontario Hockey League’s Guelph Storm before turning pro, winning an OHL championship in 2013/14.

“I was impressed with his play when we played against Stockton this past season. He’s an Ottawa kid who plays with some feistiness and grit. I think he can contribute in all areas of the ice”.

Goulbourne joins the Senators after playing last season with the expansion Henderson Silver Knights and adds some grit and toughness to the line-up.  The 27-year-old from Edmonton, Alberta had two points (one goal, one assist) and 29 penalty minutes in 18 games in 2020/21. He was drafted in the third round in 2013 by the Philadelphia Flyers and played parts of four seasons with their AHL affiliate in Leigh Valley, also making 11 appearances in the NHL. He played his junior hockey with the WHL’s Kelowna Rockets and won a league title there in 2013/14.

Mann says Goulbourne will add some more toughness to the line-up, filling holes left by some departing players.

“He brings a physical presence, will step up for his teammates if he needs to and is a solid addition to a checking line. We’re not looking for him to fight every night, but do bring that presence.”

The Senators will open their fifth AHL season on October 15, 2021 in Laval against the Rocket. They’ll return home the following night, October 16, 2021, for their home opener, also against Laval.