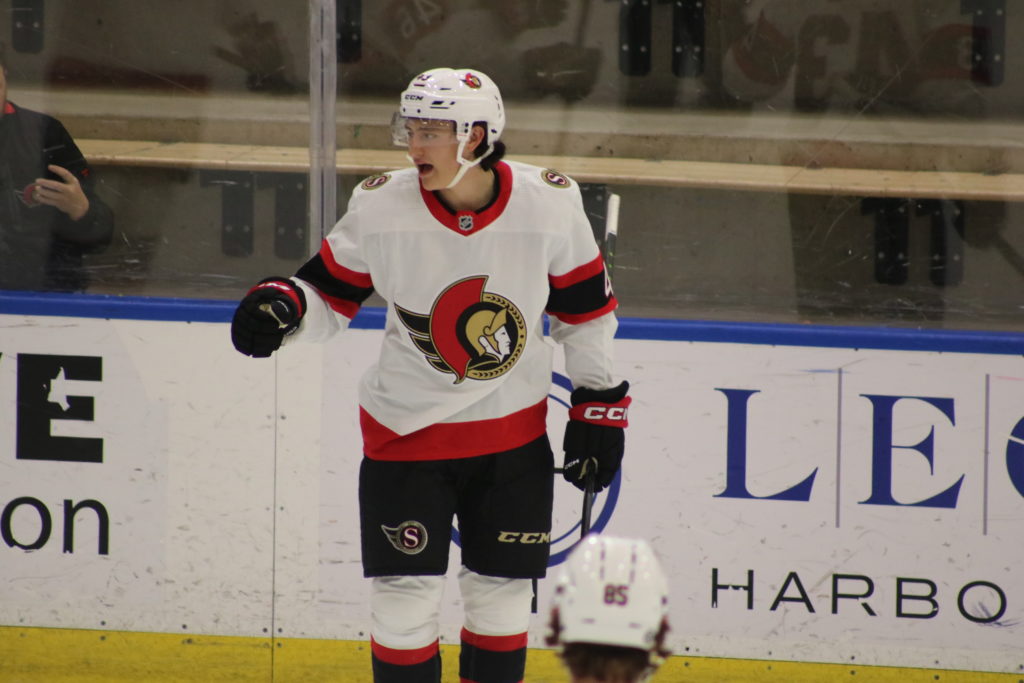 As the Ottawa Senators reported for Training Camp earlier this week, the excitement was palpable. For Dalyn Wakely, the environment and anticipation couldn’t be more perfect — his dream of playing in the National Hockey League is becoming closer to reality.

Wakely entered the Senators’ Prospect Challenge roster as an undrafted prospect. He quickly impressed at the tournament with his speed and ability on special teams. Previously the right-shot centreman captured the notice of management with his reliable play and offence. When he showed the necessary jump, Senators executives responded by inviting the Port Hope product to their main camp for an even longer look against stronger competition. All of this bodes well as he looks to build on his rookie season in the Ontario Hockey League, in which he collected 20 goals and 34 points in 67 games with the North Bay Battalion.

“I’m trying to show what I can do out there,” the 18-year-old said with a smile. “Everyone here has so much experience and knows the game of hockey so well. I’m just trying to be a sponge and learn all the systems and how a professional hockey team operates. They’ve got a lot to offer, and I’m learning as much as I can.”

Making his time with the organization even more special is that Wakely has a previous connection to the Senators. He was one of a number of players that were provided with professional training and analytics while with the Quinte Red Devils. The Belleville Senators coaching staff and Red Devils association worked together two seasons ago to keep their hockey operations going through the COVID pandemic. Troy Mann (Head Coach) and David Bell (Assistant) were particularly instrumental in delivering support. The partnership is still strong today. Dalyn has fond memories of his storied minor hockey career, in which he won back-to-back OMHA championships in 2019 and 2020 to close out his tenure in the program.

Wakely believes that the Red Devils program and the presence of the AHL Senators give the Quinte hockey scene greater legitimacy.

“It’s a great program. We’ve grown a lot. I think guys see an opportunity to make a career out of it if they really try, and there will be more to come.”

Wakely has a bright future in front of him. There is no doubt he will pursue his major junior career with greater diligence and will only benefit from his extended time with the Senators’ developmental team. For the moment, Wakely is focused on his role with the Battalion.

“We have a great group in North Bay, we’ve had a couple of our leaders leave to play in the professional ranks, and I’m going to help fill that void. Obviously, we have a lot of great players. I’m going to stick to my game and help us win games.”