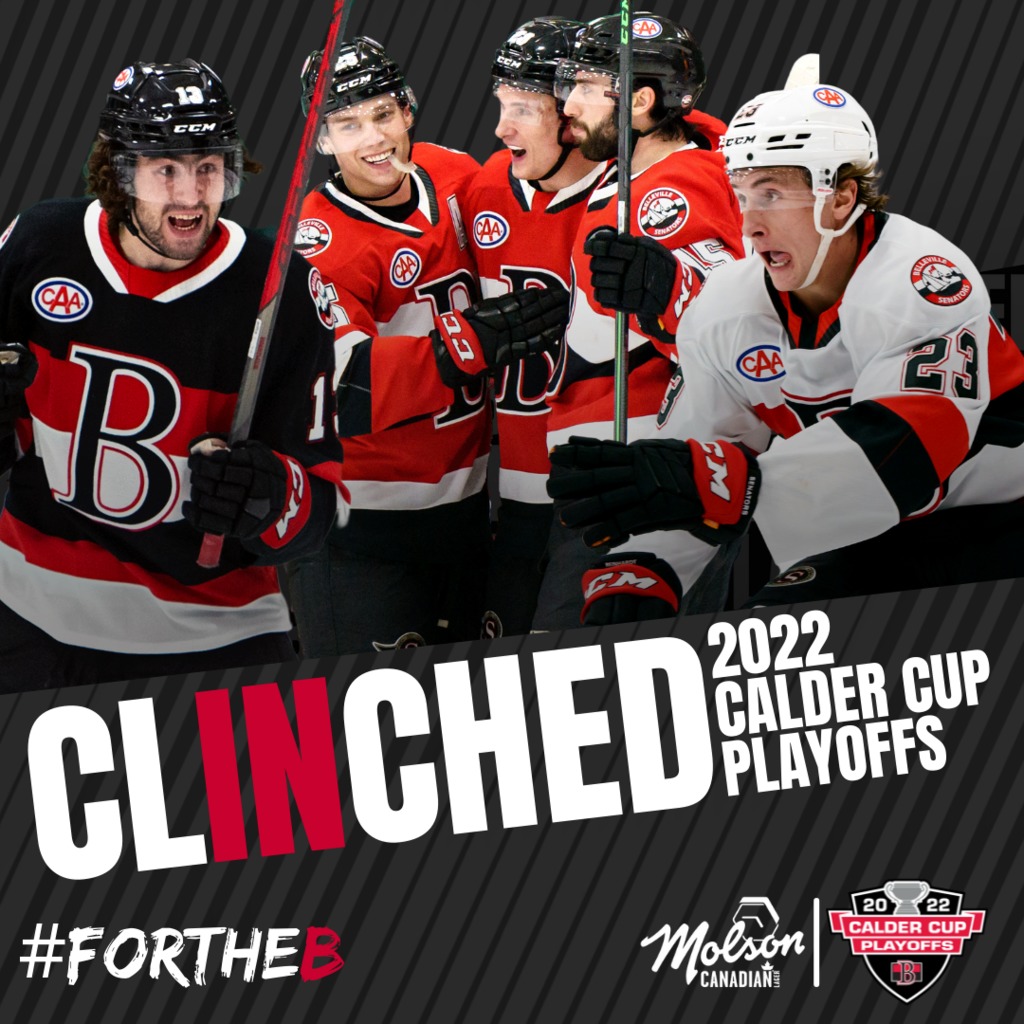 Headed to the Calder Cup Playoffs for the first time in franchise history, the Belleville Senators officially booked their ticket to the postseason last Sunday with a 4-3 win over the Toronto Marlies.

While the Senators know they will be one of the five teams in the North Division that have qualified to compete in the playoffs, seeding is still very much up in the air. With one game remaining on their regular-season schedule, Belleville sits in fourth in the division with a 0.577 point percentage with a chance to move into third place, trailing Laval by .003 PT%. As of Monday afternoon, the Rocket still have three games left.

Once the postseason gets underway in the first week of May, it will take the following format;

The top three teams will receive byes into the best-of-five North Division Semifinals (round two). The fourth and fifth seeds will compete in a best-of-three first round series, with the winner advancing to play the number one seed Utica Comets in round two. The second and third seeds from the regular season would play each other in round two and the two remaining teams from both series will meet in another best-of-five series, in the North Division Finals.

The final two series on the road to the Calder Cup will be best-of-seven.

A full breakdown of the playoff format, including the latest standings, tie-breaking procedures and playoff tree, can be found in the daily AHL Playoff Primer.

Tickets for home playoff games will go on sale starting on Friday (April 29th). Make sure to follow Belleville Sens on social media linked below as more details will become available in the coming days once dates and opponents are officially set.