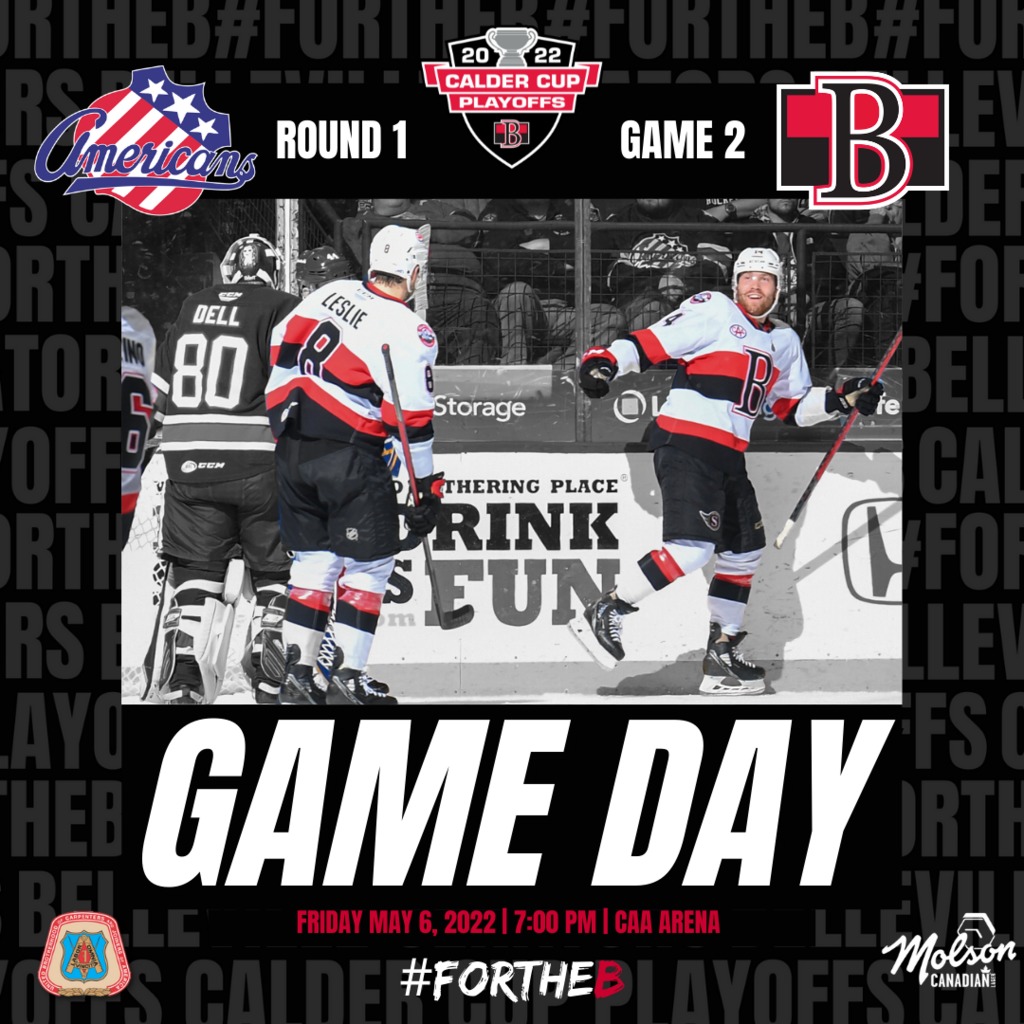 The Belleville Senators are quickly learning that winning in the Calder Cup Playoffs is no easy task. The Sens took a 3-0 lead over the Americans in Game 1 of their First Round Play-In Series on Wednesday in Rochester, only to give up that advantage in the third period and lose in overtime. The Wednesday loss mean’s tonight’s game back at CAA Arena is a must-win for Belleville, as they try to avoid being swept in the best-of-three series and force a deciding third game at home on Sunday afternoon.

The Series So Far:

Despite the loss, it was still an historic night for the Senators on Wednesday, as Cole Reinhardt scored Belleville’s first ever Calder Cup Playoff goal in the first period, followed up by Dillon Heatherington’s first of the postseason and Rourke Chartier’s first of the playoffs in the second frame. But the Amerks, buoyed by 6,000-plus fans at Blue Cross Arena, stormed back with third period goals from Lukas Rousek, Jimmy Schuldt and Casey Fitzgerald, with Arttu Ruotsalainen tipping in the game-winner late in the first extra stanza. Filip Gustavsson made 28 saves on 32 shots for Belleville, with Aaron Dell stopping 24 of 27 for Rochester.

Belleville Sens veteran Andrew Agozzino had an excellent first game of the playoffs, chipping in offensively with two assists. It’s also hoped that Ridly Greig can quickly work in and contribute, after the former first round pick had three points (one goal, two assists) in seven games played with Belleville during the shortened 2020-21 campaign. Greig had 63 points (26 goals, 37 assists) in 39 games played while captaining the WHL Brandon Wheat Kings this past season.

Most fans will have their eyes on the usual suspects for Rochester, with the Amerks lineup including reigning AHL Rookie of the Year Jack Quinn, along with JJ Peterka who had two assists on Wednesday, and Peyton Krebs, who also had two helpers. Rochester goaltender Aaron Dell is also unbeaten against Belleville in 2021-22, after going 3-0-0 against the Sens in the regular season, plus the win in game one.

Tonight’s game starts at 7:00 p.m. ET and can be heard on the Belleville Sens Official Broadcast Partner 800 AM CJBQ and TSN 1200 in Ottawa, with Jack Miller and David Foot (Broadcast time is 6:50 p.m.). The game can also be streamed live on AHL TV.

CAA Arena is back to 100% capacity, with no vaccine mandate in place. Masks may be worn at fans discretion, as well as by some members of the Senators and CAA Arena staff, but are not currently required. Other local and provincial COVID-19 guidelines must still be followed. There are an extremely limited number of tickets still available for today’s game, which can be purchased at the CAA Arena Box Office.

Tickets for Belleville Sens playoff home games this season can also be bought at the box office, or via Ticketmaster. Season Ticket Membership renewals and Flex Packs are also available with more information available at bellevillesens.com. 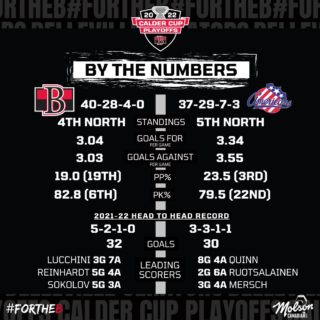