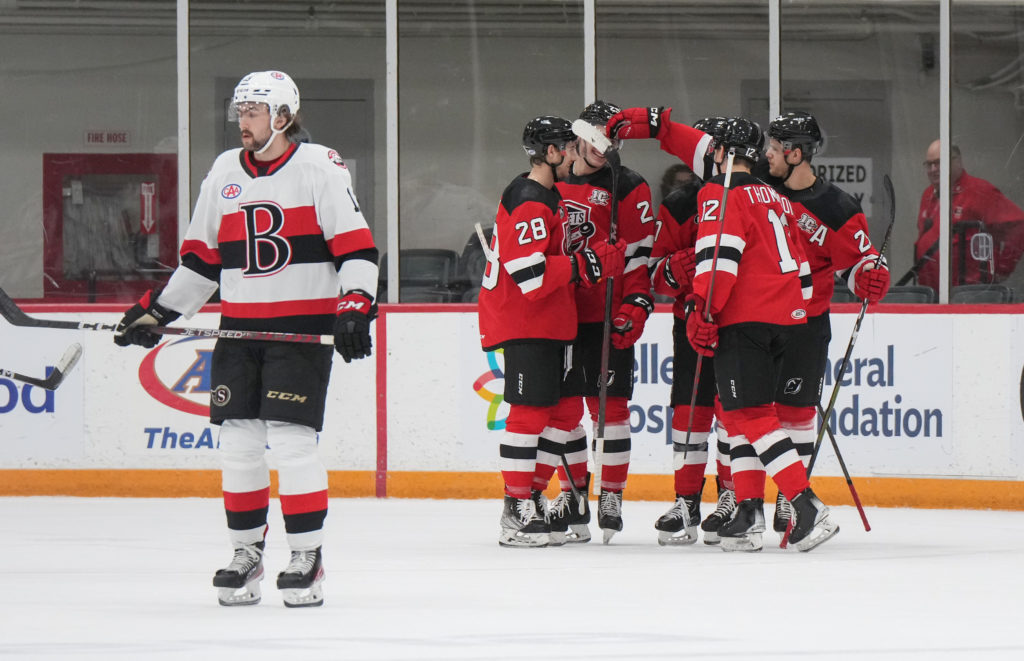 Despite firing a season-high 46 shots on net, the Belleville Senators fell 7-3 to the Utica Comets on Saturday night at CAA Arena.

Utica opened the scoring at the 8:30 mark of the first period after Zach Senyshyn capitalized with the man advantage. The Comets tallied again just 27 seconds later through a Graeme Clarke redirection. Later in the frame, Utica extended their lead as Jack Dugan and Simon Nemec found the back of the net to make it 4-0. Belleville would get on the scoreboard before the intermission when Rourke Chartier notched his 12th of the campaign.

Early in the second, Joe Gambardella reinstated the Comets’ four-goal advantage. However, the Senators showed their resolve working their way back into the hockey game as Angus Crookshank tallied on the power play before Egor Sokolov scored to bring the Senators within two after forty minutes of play.

In the third, Utica struck twice more through Nolan Stevens and a Brian Halonen empty-net marker as they secured the road victory.

The Senators return to action tomorrow afternoon when they visit the Toronto Marlies for a 4:00 puck drop at Coca-Cola Coliseum.

Head Coach Troy Mann: “I loved our start. We came out, and all four lines were buzzing. We had a number of looks. (Nico) Daws was making some early saves to keep them in the game. You get a penalty, and they are able to capitalize at the end of the PK. All of a sudden, the tide turns pretty quickly.”