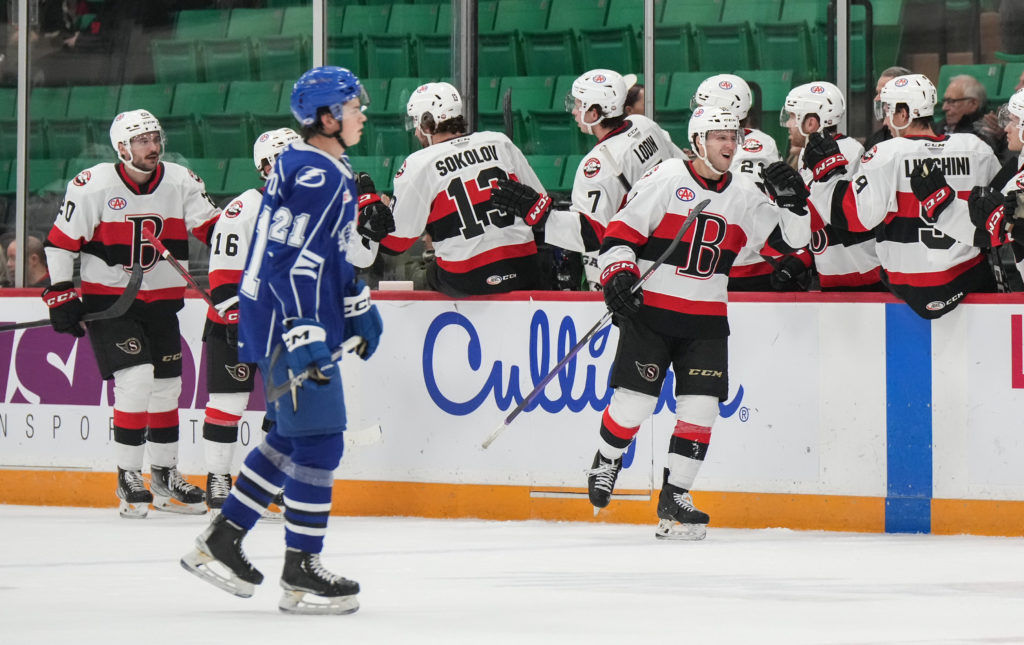 A Jarid Lukosevicius hat trick paced the Belleville Senators to a 6-4 victory over the Syracuse Crunch on Friday Night at CAA Arena.

Syracuse opened the scoring at the 4:57 mark of the first period when Gemel Smith found the back of the net with a heavy wrister from the high slot. The Crunch would extend their advantage just past the mid-way point of the frame through a Jack Thompson shot. Later in the stanza, Belleville responded as Rourke Chartier got the home side on the scoreboard, notching his team-leading 11th of the campaign on the man advantage to make it 2-1 after one period of play.

In the second, an opportunistic Jarid Lukosevicius capitalized twice in the stanza to give the Senators a 3-1 lead after forty minutes of play.

Early in the third, Syracuse forward Jack Finley evened the score at 3-3 on the power play. However, the Senators answered quickly as Cole Reinhardt tallied just under 30 seconds later to retake the lead. The high-scoring affair continued when Lukosevicius completed his hat trick with a one-timer finish from the circle. However, the Crunch brought the score back to within one through Gabriel Dumont before Scott Sabourin secured the Senators’ win with an empty net goal.

Head Coach Troy Mann: “I thought our powerplay generated a number of chances and a lot of really good looks and got us back in the hockey game.”